One of my Favorite Authors - Joshua Dalzelle

This is an older interview but it's pretty cool. He did the exact thing I'm trying to do.
Posted by Joseph at 7:09 PM No comments:

Posted by Joseph at 9:06 PM No comments: 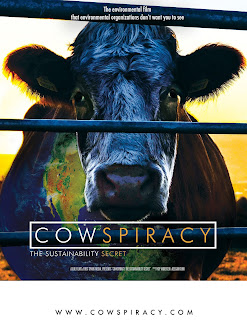 Watching this documentary. It's about how the cattle industry and animal agriculture drives a lot of enviro devastation.

Farm peeps know that agriculture is what eradicates habitat, that much is obvious. Not a lot of native species living in a watermelon field, that's for sure.

Did you know that just cow farts by themselves outrank car emissions as the driver of greenhouse gases? Not even mentioning messed up water run off and all of that, which kills fish. Also the fishing industry...the hell? They kill more pounds of sharks and whales and turtles and shit that people don't eat than they kill pounds of edible fish. Seriously. So says this documentary. That's pretty messed up.

Too many goddamn people.

When Issac Newton was alive there were around 600 million people on the planet. I always think about that number because for some reason I think of human progress and brain power being related to population. Year 1700, huge advances in science, huge push for intellectualism. Art, literature. A golden age. With less than 1/10th the population we have now.
Posted by Joseph at 9:05 PM No comments:

Pride and Prejudice and Zombies

So apparently they are making a movie out of the spoof/satire Pride and Prejudice and Zombies.

Am I the only one that thinks Colin Firth could, and should, play Mr. Darcy here? He can totally kill zombies. Easy. And it's believable some young society lady would see his huge estate and fall in love with his money.

Happy Birthday to Me!


I'm currently celebrating the 7th anniversary of my 30th birthday. It might seem sad to some but I'm celebrating alone with an expensive barley wine and my kitty. I'll check out some TV shows I've been neglecting. Like Super Girl and The Expanse.

Since I'm a big fatty I've not been drinking for the last few months, it's sad because I love good beer. I go to specialty stores and look for things I've never had before.

After some TV and some barley wine I'll be plugging into my writing and laying down some story pipe. Or maybe I'll drink too much and watch Star Trek reruns...or that. :-)
Posted by Joseph at 8:33 PM 4 comments:

Every 4 years in the United States of America a new president is inaugurated. The old president, no matter how beloved or hated, is tossed aside in favor a new leader.

Obama had been president through 8 rough years. Political infighting, economic collapse, the drug war, the terror war, he was done with it. Free to walk away. Just one last meeting before he caught a plane to Hawaii for a much needed break.

Obama walked through the maze of basements and subbasements of the Pentagon to his final debrief, escorted by a secret security officer he'd never seen before. Probably one of the new crew brought in by the new president.

Let's just get this over with.

His escort closed the door as Obama sat at the head of the table. He looked from person to person at the table, four people. He was expecting to see the usual top brass of the US military and Homeland Security. But no, he didn't recognize anyone. At least not at first. Not until the first one spoke.

"President Obama, welcome. I am President Lincoln. These are my fellow presidents Teddy, George and Sam Jackson. We need a favor."

Obama froze, stunned, unsure of what to do.

Lincoln continued, "We need you to kill Vladimir Putin."

Vladimir Putin walked the wooded trails near Noril'sk, deep in Northern Siberia. Even with snow shoes he could barely make headway. He was fit, perhaps the fittest leader in all the world, but this trek was dangerous. With temperatures far below freezing and failing light, if he did not find his quarry soon he'd have to turn back.

He'd make it though, he was confident. Unlike some countries you don't rise to leadership in Russia by being weak and incompetent, like those two faced Americans.

Eight years of Barack Obama and his talk of change. Nothing. No change. The world's climate continued to heat up. Northern Siberia, once a frozen paradise of peace and tranquility, was melting.

The West had been unable to force Russia to kneel through war, propaganda and economic coercion. So they adopted a new strategy. Pollution. A devious and slow strategy, death by a thousand cuts. A scheme that would rob Russia of it's greatest strategic asset. The fearsome Russian Winter.

Thus far Putin had refrained from turning to the darkest arcana in his rule over Russia. It had not been needed. More mundane techniques like intimidation, assassination and invasion had so far worked well. Armies and diplomatic bluster had proven impotent. It was time for something drastic.

In centuries past whenever the great motherland was under threat the Winter would be its savior. Invoked by Tsars of old and once even by Stalin himself, the armies of Germany and France could attest to its power throughout the ages.

Historians would call it good fortune, a turn of the weather that saved the Motherland. Putin knew the truth.

He crested a hill through the driving snow and saw it through the trees. The clearing he'd been looking for. As he approached he saw a dark figure in the snow. It rose up on it's hind legs when it saw him.

It was the Great Bear, creature of myth and legend, in the flesh.

"You dare to summon me, human? There are no great armies at your doorstep. I am not a power to invoke lightly, at your whim." Her massive voice echoed over the wind, amplified and carried by the trees and blowing snow.

Putin knelt before her and looked up, "Great protector, in ages past your winter has saved us but now we need something different. Our enemies have a new way to attack us. Surely you have felt the warmth destroying your beautiful tundra."

"I have. It is the most insidious of magicks. Your failure to combat this scourge has been noted." The Great Bear paused here, shifting her weight toward him. Putin feared his failures put his life at risk, that the Great Bear was deciding how best to kill him.

Putin did not flee. He might die here in the snow, die for his incompetence in dealing with America and her lap dogs, but he'd not die fleeing like a coward.

"Putin. You need agents. Powerful. Covert. A secret army powered by Winter's magic. Beasts that pass for man. This I can give to you."

On the edge of the clearing, in all directions, the blowing snow began to swirl into shapes. Shadows at first, Putin could barely make them out, but then they became more tangible. Large beasts, half again taller than himself, half man and half bear. Dozens of them, too many to easily count.

As they made their way toward Putin they began to shrink. They lost their hair and claws, walked in a more upright fashion. They became men. At least a hundred large men standing naked in the snow, surrounding him.

The Great Bear began to evaporate, blowing away with the wind, her voice echoed in the clearing, as if sounding from everywhere at once, "Take these, Putin, my children. They are yours. Defeat the American scourge."